The Hungarian Count István Széchenyi had the idea of building a bridge in the centre of Budapest over the Danube. Not an easy project in the 19th century, the Danube is over 400 metres wide here. Between 1839 and 1849 the Chain Bridge was finally built. In Hungarian the bridge in honour of the builder is still called István Széchenyi Bridge today. 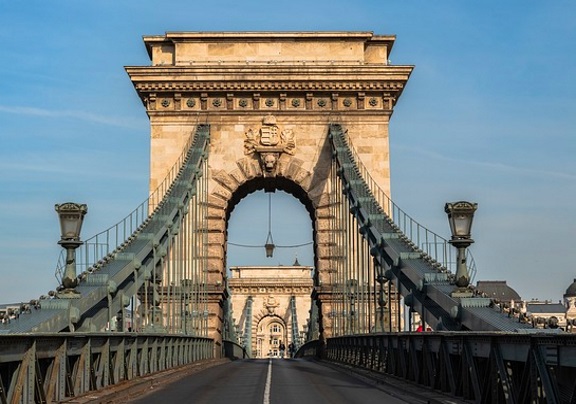 The Chain Bridge is still one of the most important of the 11 Danube bridges in Budapest. Above all, its location in the centre of the city makes it so important. There is hardly a tourist who does not even cross the Chain Bridge. Many use the cable car to the Budapest Castle, the valley station is only about 100 meters away from the famous bridge. The Chain Bridge is not only a great sight, but also the symbol of Budapest.